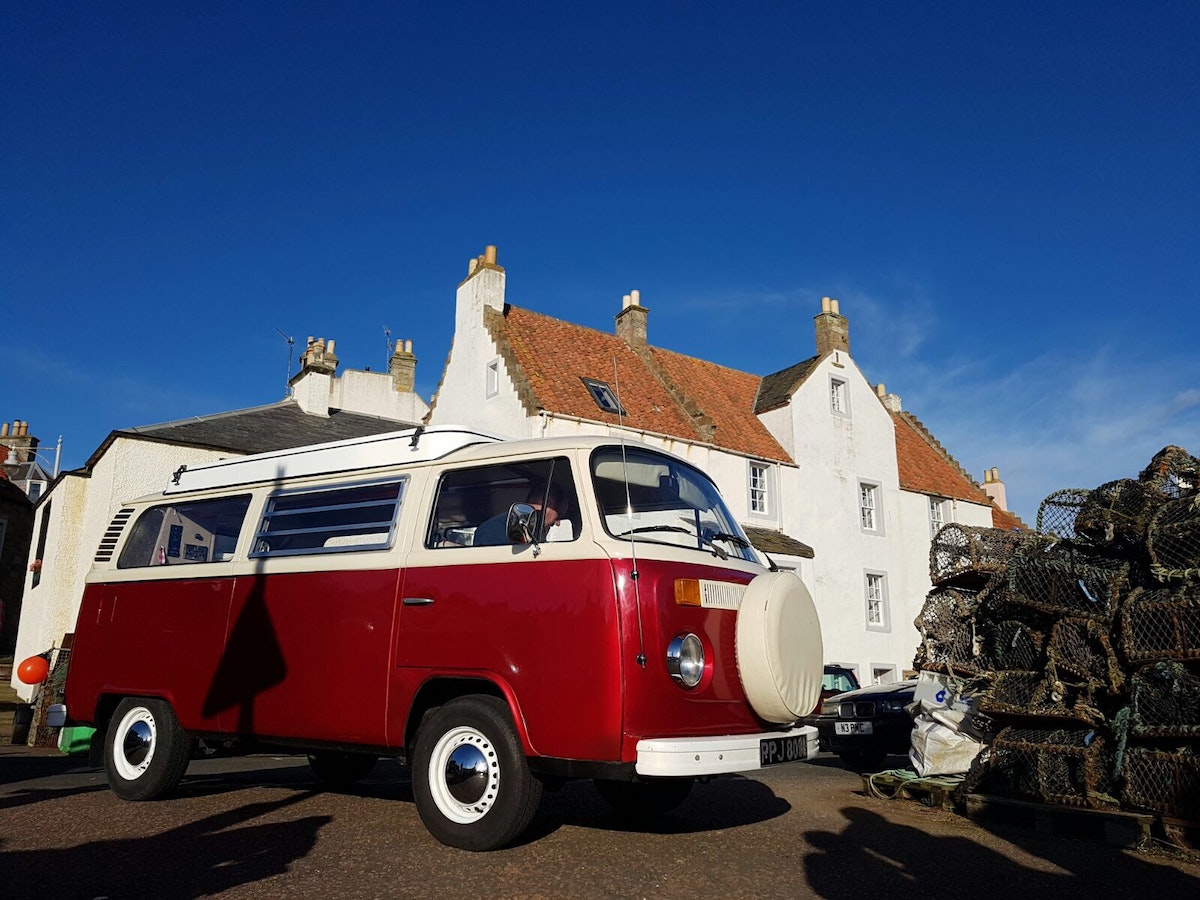 This summer myself and Abby embarked on one of our most challenging directing jobs to date. No... let me re-phrase, this was the most challenging we've ever done. Manchester based 'The Chase Films' approached us, on recommendation from the producer Andy Maas, to present a director's treatment for an interactive TV commercial campaign for Visit Scotland. The premise was to spend a week following 6 millennials, who don’t know Scotland, on a road trip of a lifetime. Delivering a 60 second commercial each day, based on their activities, and give the audience a say on what they would do next via Twitter. Visit Scotland had partnered with Channel 4 in order to target young travellers and were already running a competition on E4 to find the cast. Broadcasting an interactive campaign like this was a first both for E4 and Visit Scotland and a bold and innovative strategy. Our treatment highlighted our passion for travel, our track record in this industry, an extensive knowledge of our home country, and what we later discovered to be a major motivating factor in clinching the job, our status as a directing team.

To our great joy, our treatment was successful and we immediately started work on a job that would take every ounce of energy and utilise all our directing skills. We were tasked with delivering a 60 second advert, back to back, every day for a week. Filming, editing and submitting each episode within 24 hours. The schedule was packed with activities from sea kayaking to quad trekking and covered the length and breadth of the country. To give it an extra twist, each spot ended by inviting E4 viewers to vote for what the group would do next the next day, using #ScotE4. Our joy was tinged with nervous anticipation of what was to come.

In close consultation with Visit Scotland a list of prospective activities were drawn up following a route starting in Edinburgh, travelling to the Borders, up through Fife and Perthshire, then to the Moray coast, back through the Highlands and finishing in Glasgow. As there would be a twitter vote on the choice of activities, we needed to prepare many more than would actually be featured in the finished films. In our vintage VW camper 'Ruby' we recce'd all the locations over the course of 5 days and took the opportunity to shoot additional B-roll, time-lapse and aerials to support the edits. The cast of E4 viewers were chosen from a large pool of submissions, the final 6 proved to be an excellent bunch, up for anything we threw at them. Utilising our 'divide and conquer' directing team strategy, Abby was able to run the casting sessions in London and Manchester simultaneously to preparations taking place in the North. Using the b-roll and stock footage we constructed a template for each advert to a guide script written by Lewis. Music was composed*, voice over recorded and graphics created** all in advance of the main week of production. These scripts and edits were then submitted to Clearcast for pre-approval. The final ads would be submitted at 4pm each day for approval on content and go through the necessary QC checks and broadcast at 10:15PM that night. By 11PM the votes of the twitter poll would be counted and we'd know which of the main activities would be happening the following day.

The logistical challenges were immense and we encountered several curve balls along the way. Not just the infamous Scottish weather (heavy rain made the twitter choice of canyoning impossible due to the incredible mass of water descending the Bruar Falls). On one occasion, much to our location manager’s surprise and dismay, when he arrived in advance of the production crew to prep a beach BBQ he discovered a large group of travellers had encamped on our exact spot, leaving a matter of hours to find a new location. Despite unforeseen hiccups, Andy Maas did an amazing job at making it all run smoothly largely due to his meticulous planning and preparation.

In the course of the week of production the travelling production team relocated every day with a new location for the edit suite set up in a succession of hotels. A system of driver/runners ferried rushes from the shooting locations back to the edit throughout the day and night. Between the two directors, we tag teamed between directing the live action and directing the edit, and where possible combined on directing key activities and scenes. Our client from Visit Scotland, Gwen Raez, toured with us on the entire production, viewing early morning edit approvals, staying up late for the twitter poll results, and travelling to all the locations; all part of one team making it happen. By the end 868 miles were driven, 19 locations filmed, in 6 days, to produce 5 interactive tv commercials and one highlight/competition commercial to run for subsequent weeks. What an incredible team made this happen. Credit has to be given especially to the camera dept headed by Andrew Begg (DOP), and also Erica Iesse (Editor) who didn’t sleep all week it seemed. The production was a great success and all episodes were client approved, QC’d and delivered to the station on time every day, in a process that normally takes weeks. We are tremendously proud what was achieved and glad to have the opportunity to showcase our wonderful country.